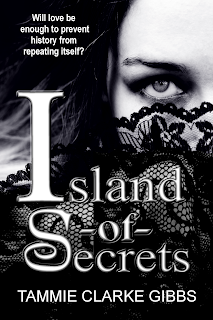 The fact she stood on the deck of one now bound for who knows what and who knows where was even further evidence she’d lost her mind overnight.

Were the people in charge crazy?  Couldn’t they tell her press ID was a fake?

Judging from the look of the “man” who’d taken her invitation and allowed her admittance onto the boat, who looked more like a boy to her, she doubted they cared about anything but a paycheck.  Her hope they’d send her right back home had been dashed.

Lila looked around.  She knew most of the reporters that surrounded her from watching them on TV. Others were identified by various newspaper insignias on their clothing. Fortunately, for her subterfuge, none of them appeared to be paying her much attention.

Was being dishonest really this easy?

Refusing Cassie’s request had proven more difficult as the evening had drawn on.  Lila had been out of work for several months, and her roommate had covered for her without question.  It didn’t seem fair that she miss her big career break when there was another option.

Lila looked out over the stormy looking gray water.  It surrounded her, and suddenly she felt very claustrophobic.

It was 2:30, and she knew Cassie would be lying on the couch, her ankle propped up on all the pillows in the apartment.  Talk about a bad break, she’d be off her feet for at least a month, maybe even longer, plenty of time for her career to tank.

Lila supposed that fact was enough to persuade her to humor Cassie and give the plan a shot.  She didn’t approve of it, but Cassie had a point. The rent still had to be paid, and since she wouldn’t start her new job for another two weeks, this was the only way she could help.

It looked a bit stormy in the distance, and unfortunately, they were headed that way.  Several had already commented on how unusually rough the ride had been, but since bumper boats in a calm bumper pond were the extent of her nautical knowledge, she had little to compare it to.

Fortunately, she had survived the first thirty minutes of the ride without incident.  Another thirty without losing her breakfast and she’d count it a pretty successful afternoon.

Lila spotted an empty chair over in a corner and made a quick dash for it.  Sitting was preferable to standing and swaying.  She reached into her purse and pulled out the orientation materials she’d been given.  Now was as good a time as any to prepare.

Cassie had already filled her in on most of the details.  It all stemmed from a bad breakup.  She actually felt a little sorry for this Mr. Alexander.  A lapse in judgment could jeopardize his plans to make Leigh Island the hottest new resort on the East Coast.

The press up until now had all been great. Already rumors of movie stars and singers spending small fortunes to spend weeks at a time had made all the gossip columns.

Now he’d made the jump from gossip columns to tabloid covers, and the sight hadn’t been a pretty one.  His ex-fiancée claimed she’d seen ghosts.   She claimed the whole island was bewitched and under a spell.  Well, if it really was haunted, she was headed straight for it!  At least in the daylight, discussions of ghosts and bewitching weren’t quite as frightening as they had been the night before.

Lila continued to read.  Suddenly, for the first time since she’d boarded the “Winship Whisper,” relief washed over her.

The owner of the island, Mr. Alexander, according to the orientation materials, would select one reporter to stay on the island a week, all expenses paid, so that they could determine the truth of the matter.

Lila glanced around at the more than fifty other reporters.  If the man really wanted to put the rumors to rest, he’d be looking for the most recognizable face in the bunch.  Fortunately, her face was anything but recognizable.  Cassie would be disappointed, but she couldn’t be the one.